Indian is a vast country with unimaginable diversity, from North to South and from East to West you can see diverse culture, practices, language and food everywhere. India’s culture is rich in  its diversity and its capacity to continue to unify with the same. From lofty Himalayan peaks to oceanic coastlines and from ancient temples to modern day architecture everything is alluring.

Your cultural immersion Travel Package includes your introduction to many different cities and states of the country.  Travel is always better with friends, so join Chief Experiences Officer and your Trip Host, Ros Parker as you explore the color, magic and culture of India. 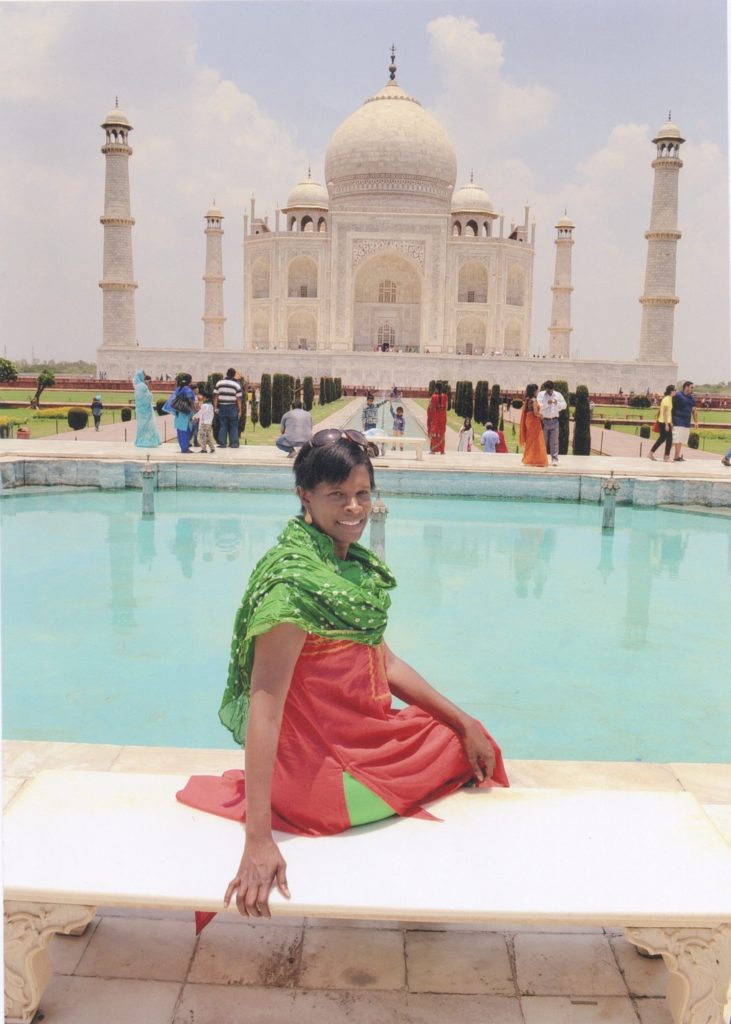 This trip will take place during the Holi Festival of Colors. In India, Holi announces the arrival of spring and the passing of winter. The festival is a time of joy. It is a time of forgiveness, a time to embrace the now and throw your worries to the wind. Every nook and corner presents a colorful sight. Young and old alike are covered with colors (red, green, yellow, blue, black and silver). People sing, dance and throw colors on each other.

Please note this trip itinerary is also available throughout the year.

On your arrival to Delhi, you will be transferred to your hotel.  Delhi has been inhabited from the 6th century BC has been a capital of many kingdoms. It has been destroyed and rebuilt many times and is called the “city of cities”. Delhi’s culture has been influenced by its different rulers and the city is full of beautiful monuments. The Mughal rulers influenced the food habits of the residents and Mughlai cuisine originated here. Due to the proximity of different states, all festivals are celebrated here. Old Delhi is a maze of small lanes lined and old buildings and New Delhi has large road with huge buildings. Delhi is the capital of India and is the hub for politics.

Today you have a full day tour of Delhi. Your morning tour starts with Old Delhi, built by the Mughal emperor Shah Jahan in 1639 AD. You will visit the Raj Ghat where father of our nation Mahatma Gandhi was cremated. You will be visiting the museum that was built to commemorate him. You will be driven past the iconic Red Fort and Chandni Chowk, a very popular and a busy market in Old Delhi. Later we will move to the next stop – Jama Masjid, one of the iconic, historic and largest mosques in India – built by Shah Jahan. A rickshaw ride (optional) in Chandni Chowk could be quite interesting as this part of the city is quite crowded as it is full of shops. These numerous shops sell delicious mouth-watering food, clothes, jewels, household goods, etc. and are virtually a shopper’s paradise. #In the afternoon, you will visit Qutub Minar, touted as India’s largest Minaret. Qutub Minar, a UNESCO World Heritage Site, was built in 1192 by Turk ruler Qutub-Ud-Din Aibak. You will then move forward to Humayun’s tomb, yet another UNESCO world heritage site. Your next stop is India Gate, built in memory of the Unknown Soldier. You will be driven past the Parliament House, President’s House and other Government Secretarial Buildings, to your final stop will be at Lakshminarayan Temple, a temple dedicated to Lakshmi and Lord Narayana. 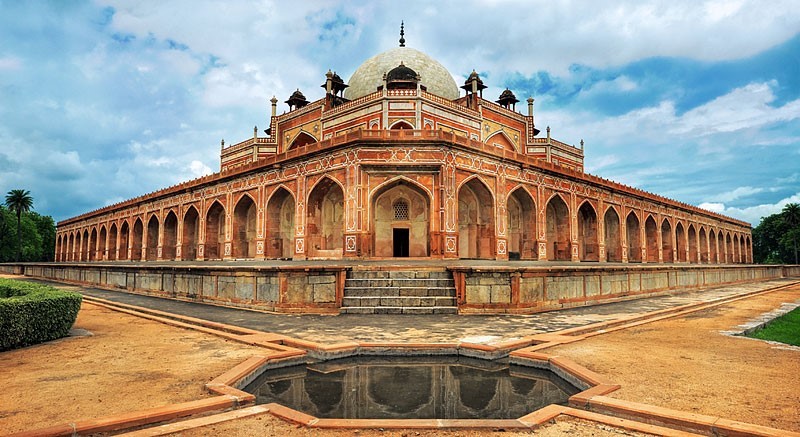 Drive to Agra. Agra the former capital of Hindustan is a city on the banks of the river Yamuna. Agra is a major tourist destination of India and a part of the Golden Triangle Tour along with Delhi and Jaipur. Agra also known as Akbarabad went through its peak during the time of Mughals and was the capital of under the Mughal rulers Akbar, Jahangir and Shahjehan.

In the evening, we would like to take this opportunity to introduce you to Cooking Class followed by meal with an Indian Family in their home.

They are very excited to share with you, some traditional Rajasthani recipes passed down through generations of the family in a cooking demonstration. Their aim is to keep this simple for the guests to learn in an enjoyable environment and to teach you about Rajasthani cuisine. The style of cooking is very different. This is a chance to relax, have fun and learn to cook some delicious dishes.

Prepare the tastiest of dishes, including Indian Breads and Scented Rice. Understand the time tested yet simple nuances that need to be kept in mind when preparing Indian cuisine.  Last enjoying your food which you made. 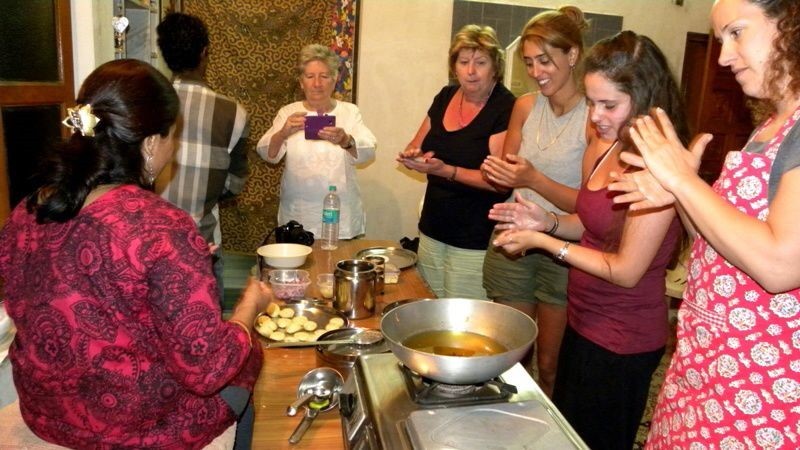 This morning visit the world famous Taj Mahal, a Unesco Heritage Center and one of the wonders of the world. This beautiful building is elegantly built with white marble by the Mughal Emperor Shah Jahan between the years 1631 to 1648 and it was built in the memory of his favorite beloved Queen Mumtaz Mahal. Standing majestically on banks of Yamuna River, this breathtaking, immensely beautiful monument is a synonymous to romance and love.

After breakfast, your next stop Agra Fort is a UNESCO World Heritage Site and known for its architectural structure and was built in the 16th century during the Mughal Empire. This place comprises of several fairy-tale palaces like Khas Mahal and Jahangir Palace. Over here you will also get a chance to see Diwan-e-Aam and Diwan-e-Khas, which are also known as private audience hall and public audience hall. Agra is famous for inlaid marble work and handicrafts. 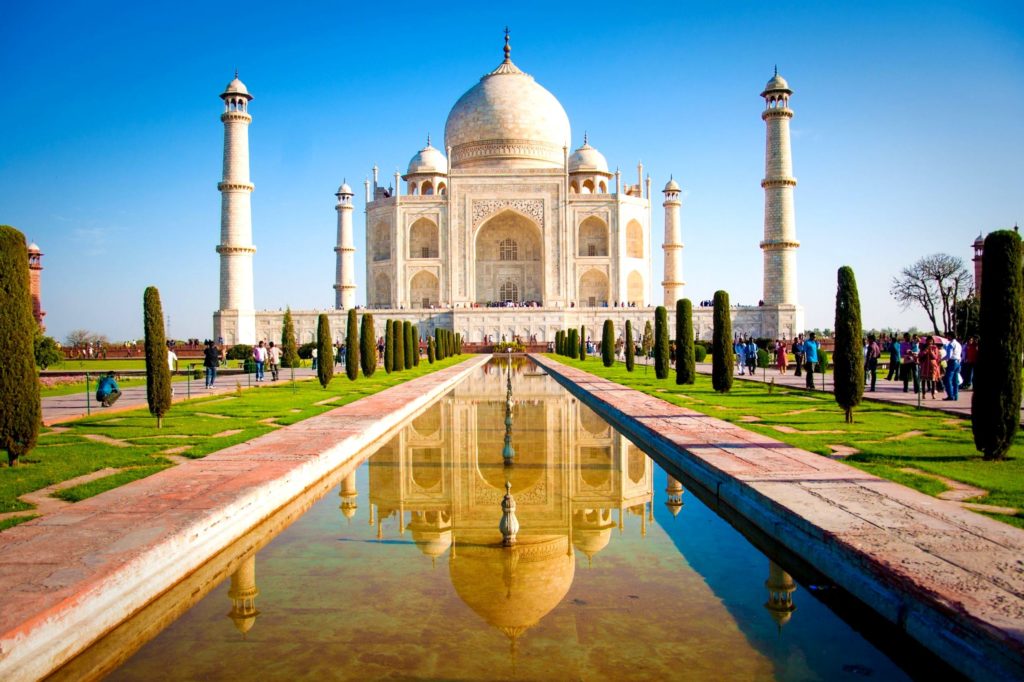 You will drive to Jaipur visiting enroute Fatehpur Sikri & Abhaneri. Fatehpur Sikri built in the 16th century by Emperor Akbar. Fatehpur Sikri holds exceptional testimony to Mughal civilization and is one of well-known UNESCO World heritage site of India and has various historical monuments. You will visit the Jama Masjid, followed by the Tomb of Salim Chishti, the five storied Panch Mahal and Buland Darwaza a graceful monument and stupendous piece of beautiful architectures. It is central portico with a total of three arched entrances and is locally known as Horseshoe gate. You will visit the other graceful buildings of this place such as Ibadat Khana, Mariam-uz-Zamani’s Palace, Naubat Khana and Birbal’s house.#Abhaneri is a village in the Dausa district of Rajasthan state in India. It is situated at a distance of 95 km from Jaipur, on the Jaipur-Agra road. The place is popular for the Chand Baori step well and Harshat Mata Temple.#Abhaneri was originally named Abha Nagri, which means “city of brightness,” but due to mispronunciation, the name was changed. The city is now in ruins, but it attracts tourists from across the globe.#Abhaneri is prominent for ‘Baoris’, step wells which were invented by the natives to harvest rain water. These tanks were used as cool places of retreat and as water reservoirs during parched times of the year. Chand Baori is the most popular of the wells in the region, and it is one of India’s deepest and largest. There are three ways to reach the water using the steps, which are divided into stories. This colossal, delicately carved well is located in front of the Harshat Mata Temple. It was a ritual to wash the hands and feet at the well before visiting the adjoining temple.#Jaipur, the capital of Rajasthan gets its name from Maharaja Jai Singh who built this city. Many captivating palaces are present here having breathtaking design and architecture. In the 18th century Prince of Wales had visited Jaipur and the entire city was painted in pink color due to which this city is also known as the pink city. The origin of Jaipur goes back to more than 260 years.

Today you have a full day tour of Jaipur and Amer Fort. The morning journey starts from Amer fort also known as Amer Palace, the earlier capital of Jaipur. You will be ascending (one way) the fort on an elephant’s back. This magnificent fort was constructed in red sand-stone and marble by Raja Man Singh and is divided into four sections each with a courtyard. The main entrance gate is Surajpol having a fascinating architecture. Near the Ganesh Gate, there is a temple dedicated to the Goddess Sila Devi. The Diwan-e-Aam – Hall of public audience, Diwan-e-Khas – hall of private audience, Sheesh Mahal – palace of mirrors and Sukh Niwas are quite beautiful. At the he Sukh Niwas, a pleasant climate is created by winds that blow over a water cascade. #In Jaipur you will be taken to Maharaja City Palace, a royal palace with seven storey as well as Jantar Mantar, the observatory. This wonderful observatory is attracted by mathematician as well as astronomers of whole world. City palace is perfect blend of all three excellent styles (Mughal, Rajput and European). Another palace, Hawa Mahal is popular all over world for it magnificent architecture. You will be taken through pink rose garden as well business centers of Jaipur. A tour of Jaipur is not complete without shopping. Jaipur is famous for clothes, carpets, precious and semi-precious stones and jewelry and various handicrafts made of wood, metals, etc. and also for silk paintings and miniatures.

You will be transferred to Hotel Shahpura house for Holi. There will be herbal colours, water guns, music, drum beatings and lunch for you all and you will be given Kurta Pajayma (Indian attire for playing holi).

Later transfer back to your hotel in Jaipur. 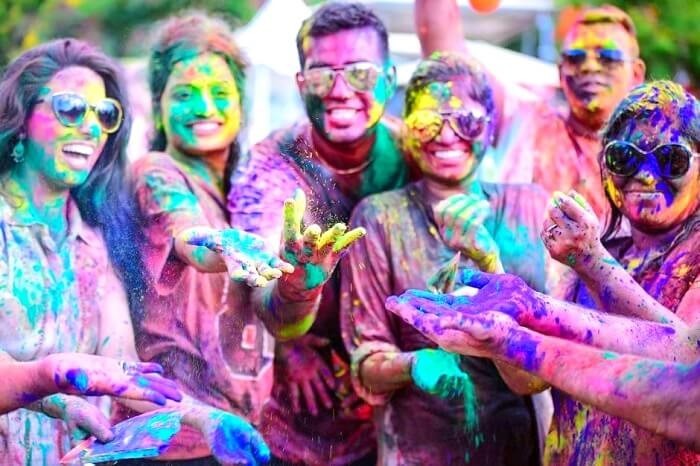 After a walk we will try to paint the face of the elephant with the traditional drawings.  After painting, bath time comes for our elephants.

Note: You must bring extra clothes to change after this visit.  The Duration of this activity is 3-4 hours.  Your final stop today is to uncover the Mehndi (Henna Painting) from applying it on your hands and learn how to dress an Indian Saree of different color and materials at a local saree shop.

After breakfast, drive to Delhi. Trip Ends.  Board your flight to the US

Thursday March 12
Arrive in Delhi and check in at the hotel.

After reaching the Ashram you may join the activities from mid-day.

The daily ashram schedule which begins at 5:00 AM and runs until 9:30 PM. Time for reading and quiet reflection is always available.

An idea of the daily schedule

(Packed breakfast will be provided)
Early morning transfer to Haridwar to board train to Delhi. Arrive Delhi and go for last minute shopping.

Dinner and then transfer to airport to board flight for your onward journey. 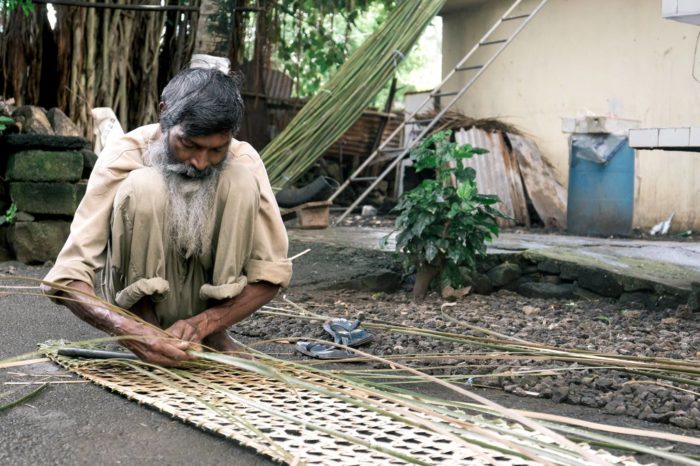 People, History & Gastronomy of Mauritius Thanks to its beautiful location in the Indian Ocean, Mauritius is a melting pot of cultures between Indians, Africans, Europeans and Chinese. You can start imagining how it feels and looks if we tell […] 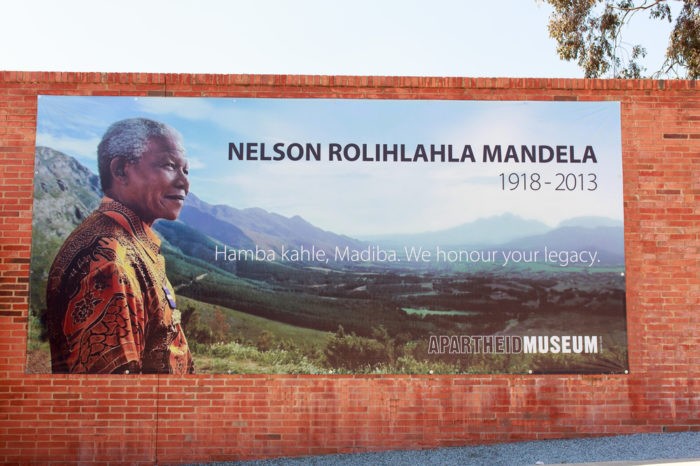 Walk in the Footsteps of Madiba! Celebrate the 100th anniversary of Nelson Mandela’s birth by exploring his life and legacy with this unforgettable South African journey. You will travel between Johannesburg, Durban, and Cape Town, and have the opportunity to […] 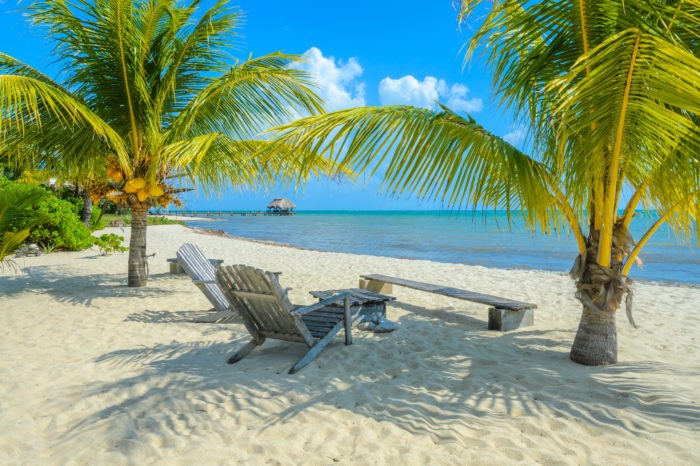 This trip focuses on Cultural Immersion, Adventure and Conservation.  Journey through a wide variety of Belize’s ecosystems by venturing on an exclusive tour of the protected areas co-managed by our non-profit partner combined with hands – on community and cultural […]