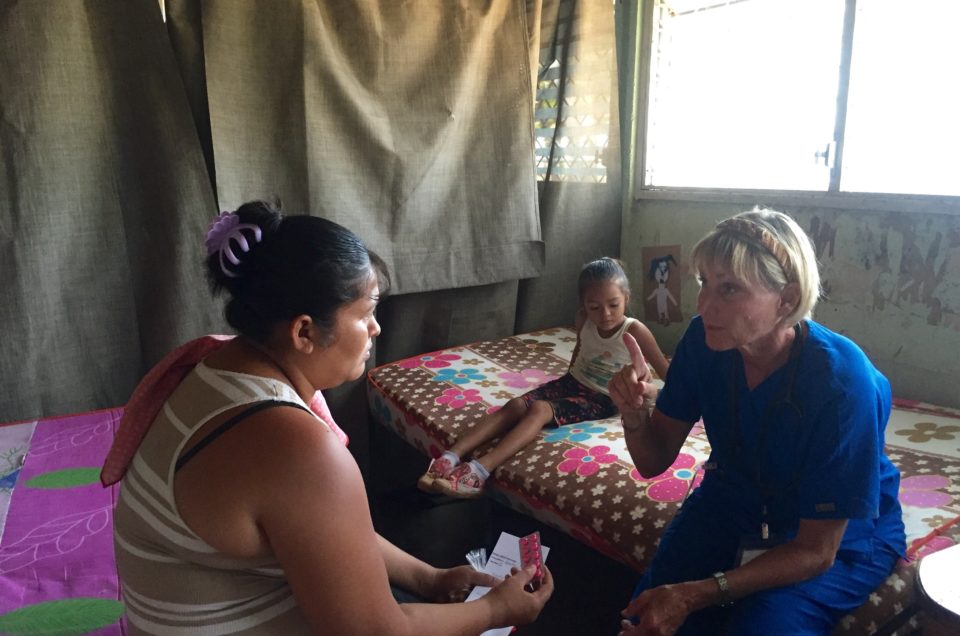 If it takes a village to raise a child, then it takes international collaboration and medical mission to heal a community.  Nestled in Villa el Carmen, Nicaragua, the Gran Pacifica Beach and Golf Resort understands the meaning of giving back.  While the creature comforts of resort living are readily available,  Gran Pacifica also focuses on improving improving the quality of life of the local community.

Patrick Hiebert, the vision behind the Help them Help Themselves Medical mission and philanthropic entrepreneurial team member of the resort, wanted a sustainable way to fund a myriad of community projects, including basic preventative and emergency care to the local population, while eliminating as much of the middleman as possible. “I felt too much of people’s donations to other organizations were going to fund bureaucracy instead of to the people in need.” 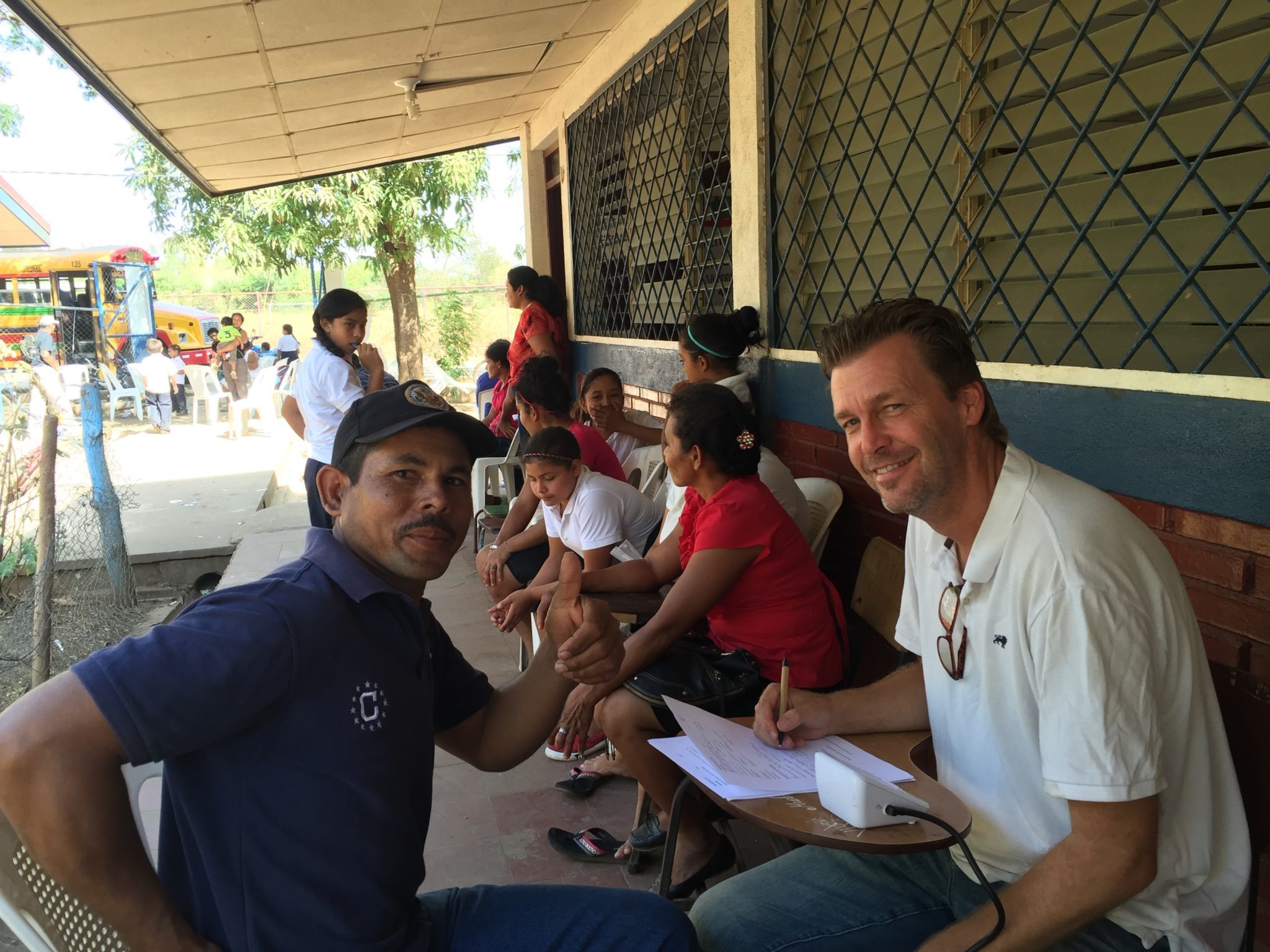 Prior to entering the resort business, Hiebert had success in the software industry in Canada and had traveled to Nicaragua with his family to help build homes, volunteer in orphanages and lend microloans to local entrepreneurs. After selling his businesses, Hiebert merely wanted to resettle in Nicaragua to continue giving back to his adopted home.

Instead, he seized the opportunity to invest into the Gran Pacifica Beach and Golf Resort, then formalized his humanitarian pursuits by founding Help Them, Help Themselves (HTHT), a nonprofit charity that provides medical services, education and shelter. Throughout the year, international volunteers reside at the resort while working on projects coordinated by HTHT, out in the surrounding communities, including a regular medical mission every year.

The inspiration for starting a medical mission resulted from a bus breakdown during a HTHT project to build a school. As Hiebert explained, “While I was waiting, a little boy came out from the forest and started playing catch with me.  I noticed he had a badly bent arm and asked him what happened.  He said he had fallen out of a tree and broken it.  I asked him ‘And the doctors let it heal like that?’   He looked at me like I had two heads. 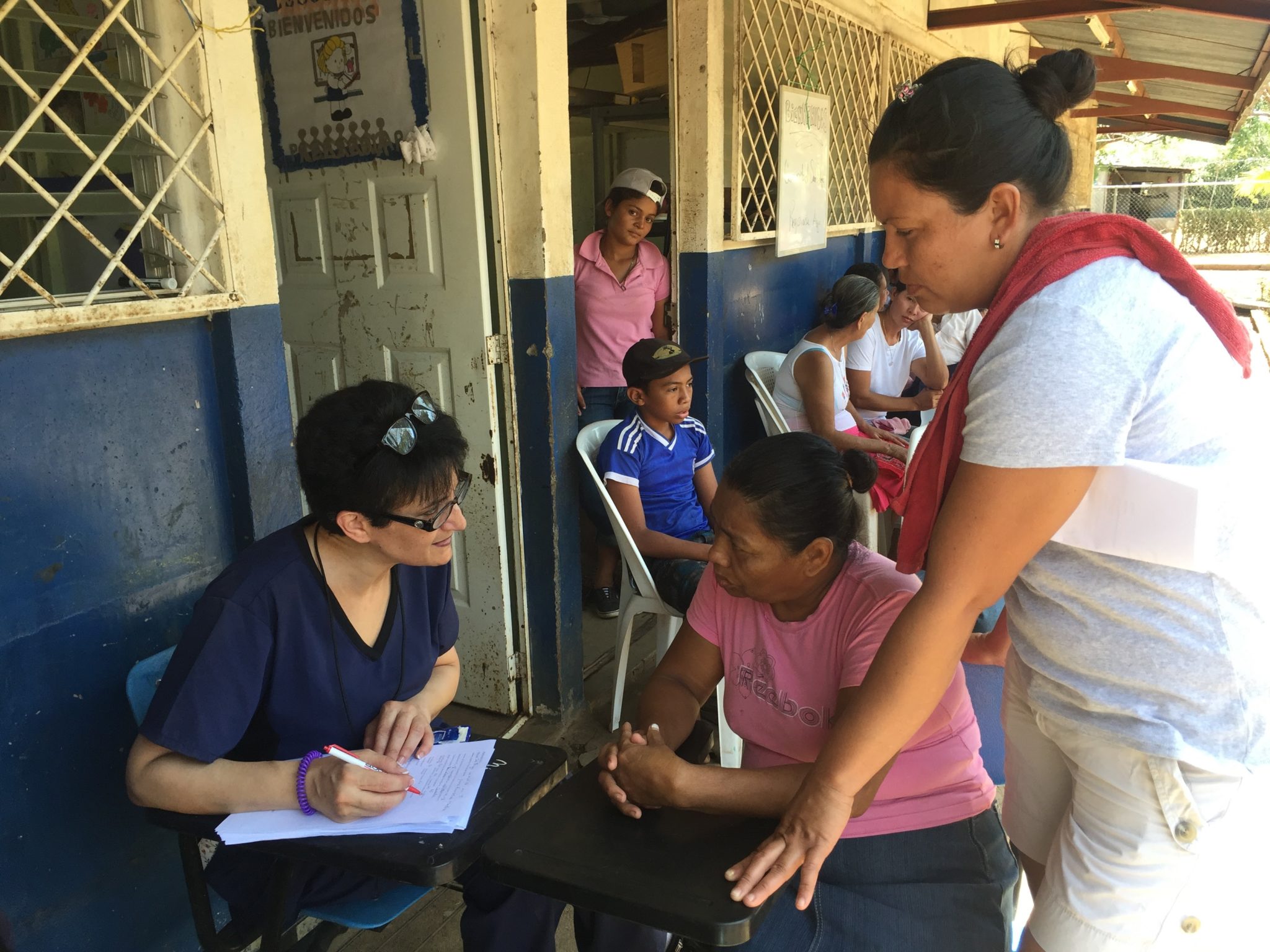 Later that evening we heard about another boy who had been away from school for a couple days. In shock we learned that he had died from pneumonia.  Anyone here would have immediately taken him to a hospital if we had known.  But for his parents that wasn’t an option. Not only could they not afford the medical care, they couldn’t afford the transportation to the hospital.  So at that moment I decided our next big project would be to build a clinic in this area.”

Dr. Sylvia, a Los Angeles, CA-based physician, had trained in Nicaragua years ago with the University of California at Davis Medical School’s Rural Medicine rotation and had wished to return one day. Her opportunity arrived through TTDG and HTHT’s medical mission. Committed to making a yearly trip, Dr. Sylvia has treated ailments such as arthritis, high blood pressure, and infectious diarrhea. 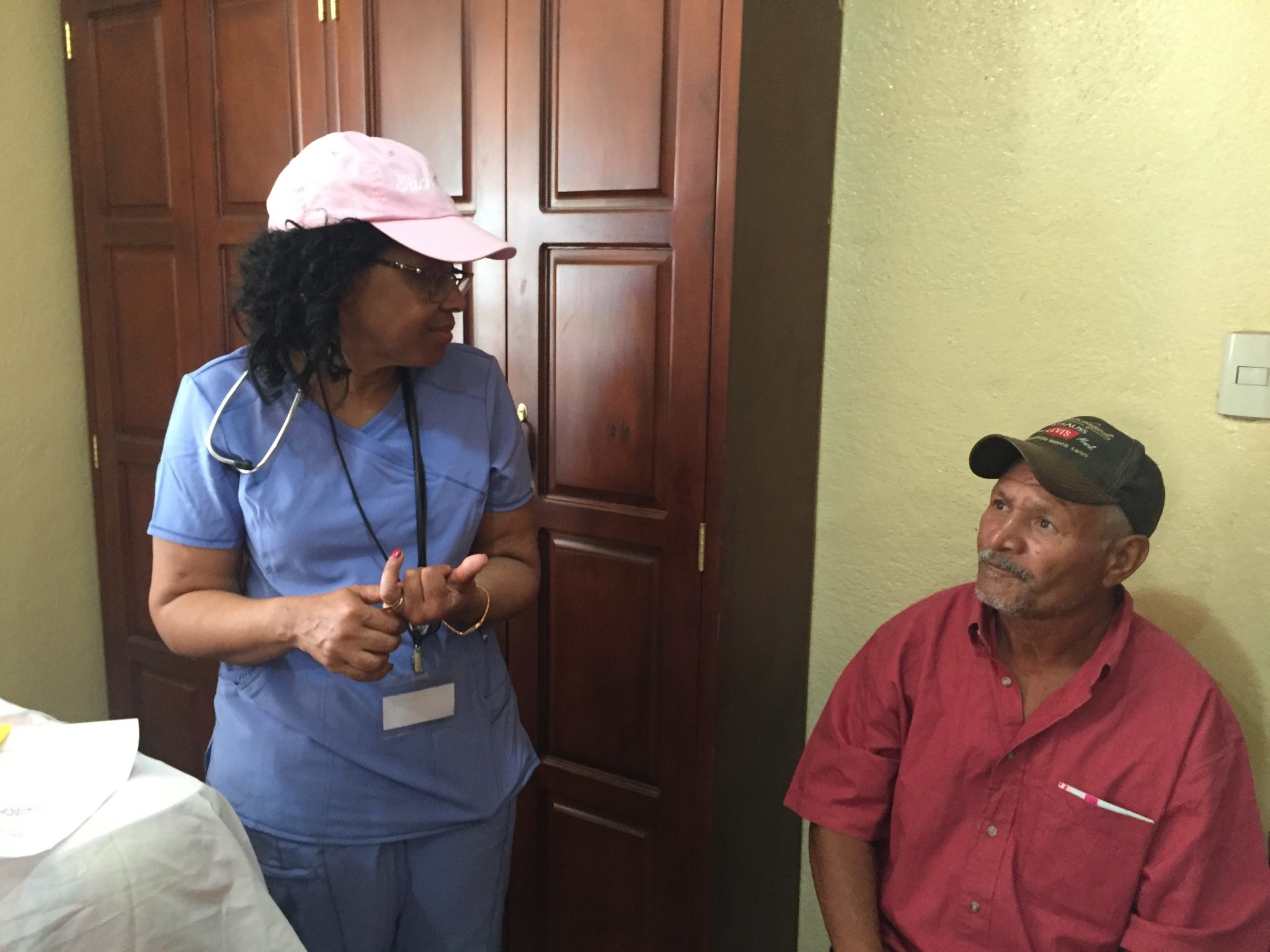 Yet one of her success stories did not result from treating a garden-variety illness. “I met Jerry in March, about six months after his motorcycle accident. He’d sustained significant brain injury and was unable to walk. I gave him a therapy program and told him rehabilitation was his job. Seeing pictures of him up walking a few months later was gratifying.”

Dr. Lori, a Cincinnati, OH-based physician, had worked at an American-certified hospital in Managua for a month, but did not feel she served the population she wanted to serve. As fate would have it, Dr. Lori had rented a house in Gran Pacifica when she heard about HTHT. “The experience was life-changing, gratifying, eye-opening, fulfilling.  Every day we would go to a different neighborhood with our equipment, and go to a one-room school to make examine rooms with a divider.”

Since most of the people who Dr. Lori saw did not have transportation to reach existing clinics and medicine, The Mobile Mission also set up a makeshift pharmacy. Antibiotics, blood pressure medication, ibuprofen, acetaminophen, over-the-counter pain medication, and anti-parasite medication were in the highest demand.

In addition to volunteering twice in the field, Dr. Lori continued supporting her Nicaraguan patients by setting up fundraisers on social media. Not only did she receive money to purchase medication in country, which saved time by avoiding bringing medication through customs, but she also received donations of used, medical equipment and supplies as well.

When asked what personal rewards she received from volunteering her medical expertise, Dr. Lori stated, “The people are so warm and appreciative. They wait for hours to see you without grumbling.”

Not all medical volunteers already had a connection to Nicaragua prior to working with HTHT. Dr. Latifa Sanhaji, a Houston, TX-based radiologist, learned about the Nicaraguan medical mission from Chief Experience Officer, Roslyn Parker. “I had the privilege to meet Roslyn Parker through Travel To Do Good [a company that manages and organizes volunteer travel and events for social change] a few years ago, when I was looking for a way to combine two passions: traveling and being of service to people less fortunate than me. She suggested a medical trip to Nicaragua that could use my professional competencies as a radiologist. She organized that mission and introduced me to her non profit partner Help Them Help Themselves and Executive Director, Patrick Hiebert.”

For Dr. Latifa, volunteering with HTHT transcended just practicing her chosen profession. “Besides the satisfaction of doing my duty as a physician, the main personal reward was the humbling experience of appreciating the human resiliency in the midst of suffering and the incredible light of hope in the eyes of the patients.”

Gran Pacifica/ECI Development president, Mike Cobb, took the long view of corporation social responsibility (CSR). “Economic sustainability is the bedrock of successful CSR. My skills are that which create and maintain the foundation upon which others can build. Prior to Gran Pacifica, our greater community, Villa el Carmen, had little or no outside aid. Now literally millions of dollars in goods, services, training, donations, and human resources flow into the community and will for the long term.”

One such long-term project is the Roberto Clemente Memorial Clinic at Gran Pacifica, named after Major League Baseball Hall of Famer Roberto Clemente, who died on December 31, 1972 in a plane crash, delivering aid to Nicaraguan earthquake survivors. The clinic, the result of collaboration among Gran Pacifica, Help Them Help Themselves, Travel to Do Good, The Pittsburgh Rotary Club and many medical and non medical volunteers, the clinic will provide free health and dental care to the surrounding communities who, otherwise, would have to trek miles away. 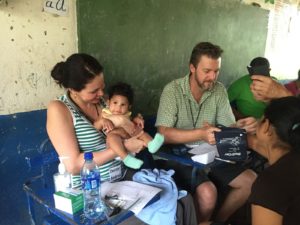 “We all work very closely together and it always results in a life changing experience for the volunteer and a life improving experience for the hundreds of patients we see,” Hiebert said.  Groundbreaking was in early March 2017 and 12 months later the new location is just months away from its official grand opening. 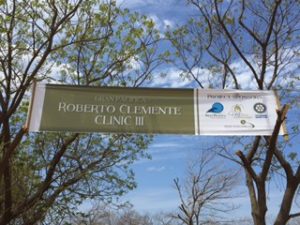 Anyone wishing to contribute his/her medical, construction, fundraising or organizing skills to the on-going efforts of the Roberto Clemente Memorial Clinic is encouraged to contact Patrick Hiebert or Roslyn Parker to be a part of the upcoming medical mission scheduled for March 2018.  If you’re not able to travel to Nicaragua, then you can still donate money and/or medical supplies and equipment.  The mission also has an educational component, so medical and non medical volunteers are encouraged to apply

To join the next mission or make a donation contact us at info@traveltodogood.com or click on any of the links below for more information. 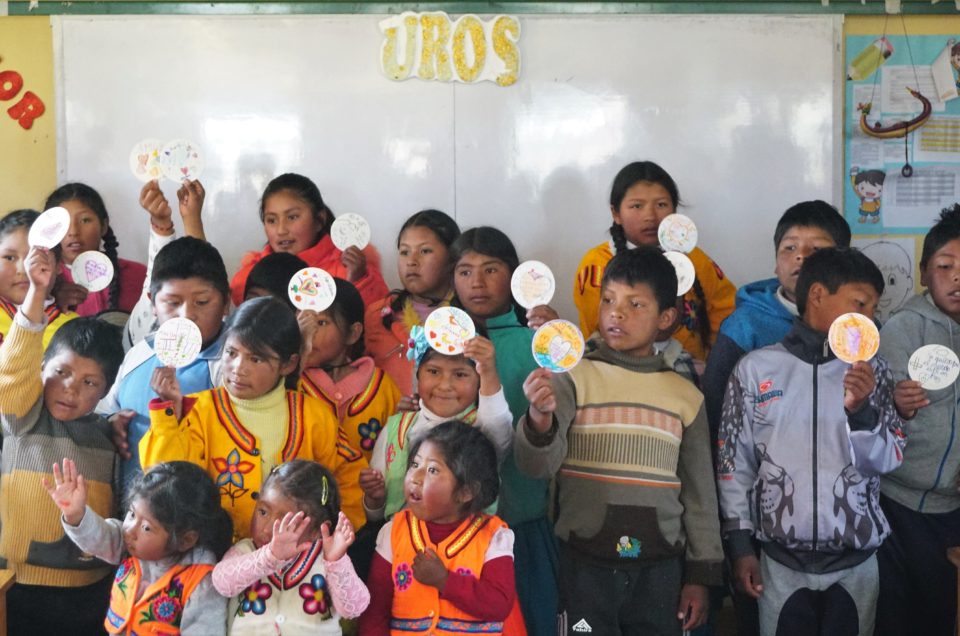 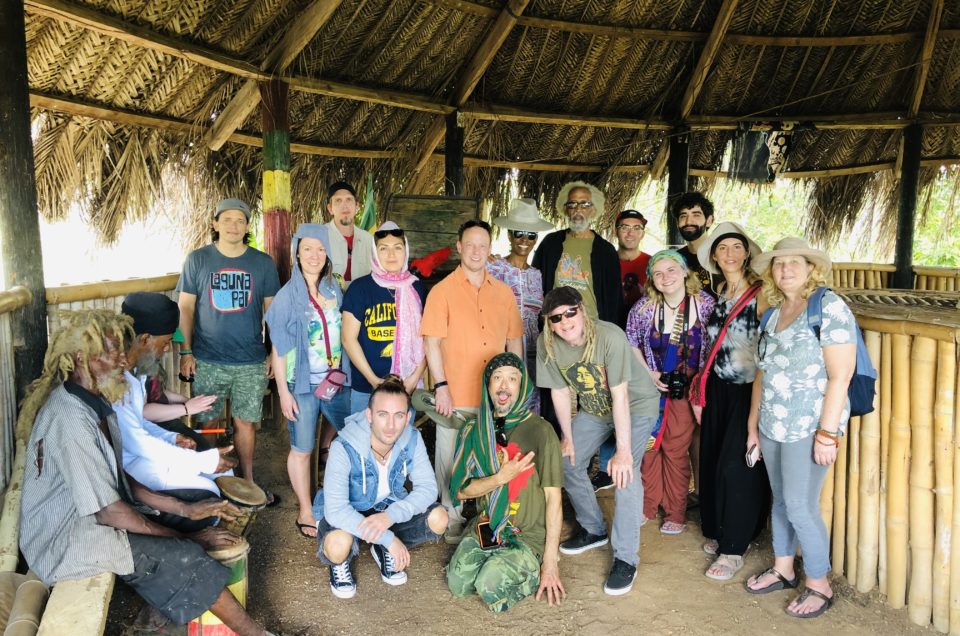 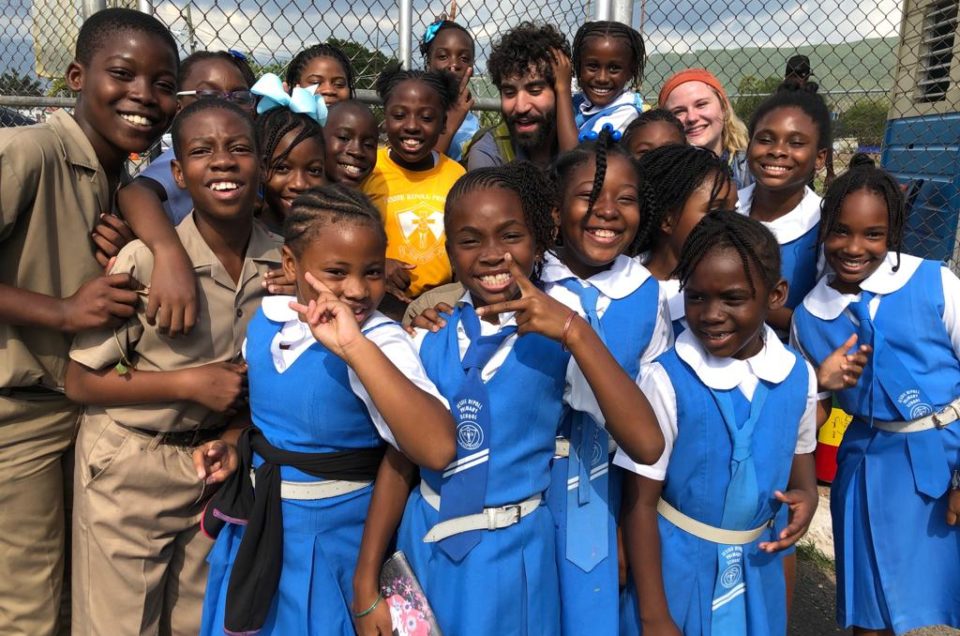 A Special Performance in Kingston